Very nice hip-hop here from Prague’s own Honza Peroutka featuring the uber cool MC – Rest. The song, called “Lidi”, combines sick beats, courtesy of Zemaque, with some smooth flowing rhymes. The music can be described as Jazz-Hip-Hop which has to be the coolest type of Hip-Hop out there and Honza certainly has skills when it comes to rhyming. The song also features the MC “Rest” who brings his own flavour to the mix. The video is great too, filmed in a very cold Prague with Honza acting as a Sherlock Holmes on the hunt for some untoward business.
Honza’s album, which will be called “Klukovina” should be out in April this year. I am now very excited to hear it. If you like this you can find plenty of other similar great tunes by Honza on youtube. Damn this boy can rap!

Ever had one of those days where you have had very little sleep and the whole world seems just slightly out of sync with all your movements and you feel like you are merely an observer in a weird and wonderful world. No? Just me then… 🙂 Anyway if this majestic tune by Stratasoul would be playing in the background of such a day it would take your mind places it should rarely go. Stratasoul (Dalibor Hriadel) from Bratislava, Slovakia has a gift for forging jilting beats with idyllic choruses of warm, beautiful noises and sampled vocals to create a surreal landscape of sound and concepts. He has a plethora of tunes on his soundcloud page which are all of the highest quality – his own work and remixes alike. You need to check this guy out! REALLY! No REALLLLLLLLLLLY!

Another weird and wonderful concoction of noises, samples and beats from the ever-so talented Slovakian – Foolk. He has a way of crafting together sounds that have no right to be in the same space, yet he does it with a seeming-less ease that leaves you feeling somewhat perplexed but quietly intrigued all at the same time! What a clever chap! 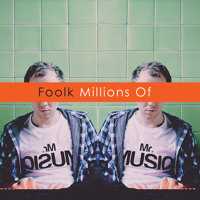